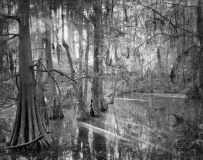 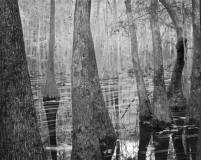 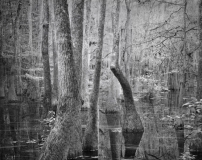 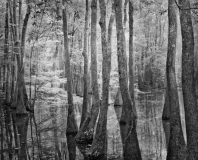 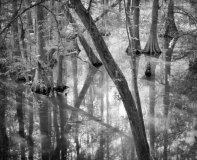 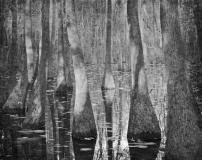 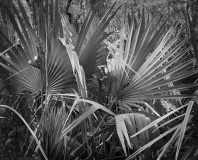 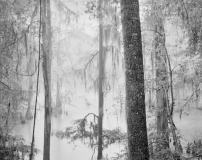 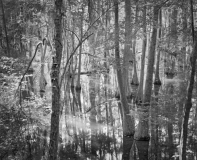 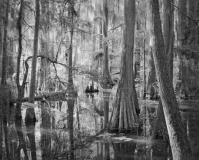 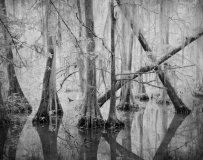 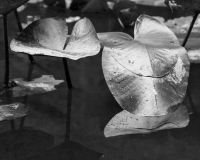 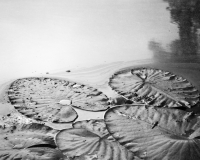 These images were made at Perry Lakes Preserve, near Marion, Alabama. The cluster of oxbow lakes is an Alabama treasure, featuring cypress swamps, lush vegetation, and impressive biodiversity. I especially resonate with the early mornings and late afternoons, when the sun, reaching lower angles, illuminates the trees against the water and dense forest beyond. It is almost as if the trees begin to emit their own light.

The images are made in a classical landscape style. I used a large-format (4”x5”) view camera to create these photographs on film. The images were made between 2009 and 2013. It took several years to determine the best printing process. Ultimately, the film was scanned, enhanced, and printed digitally in 2017.

The images are printed to 16”x20,” floated in thin profile box frames with an external dimension of approximately 24”x28”. The photographs are printed by the artist.